The mountain gorillas of Rwanda

Rwanda is one of just three countries where the world’s population of mountain gorillas can be observed in the wild. In addition to Rwanda’s Volcanoes National Park, gorillas also inhabit Uganda’s Mgahinga Gorilla National Park and the Democratic Republic of Congo’s Virunga National Park.

The experience of climbing the steep terrace-lined hills and getting up close and personal with mountain gorillas, surrounded only by the dense rain forest and picturesque volcanic peaks of the Volcanoes National Park, was one of my most rewarding wildlife encounters and will be etched deeply in my memory bank forever.

In the planning for our gorilla trekking, we paid for two days of permits on the pretext that if we were unsuccessful in finding our gorilla group on the first day, then we had an additional day to try our luck again! As it turned out, we found our first group of approximately 18 gorillas after climbing the terraced hills for four hours and locating them in the dense jungle on the mountain. It was hard work following them as they were actively on the move, stopping occasionally to feed from the roots of the bamboo thickets and then clambering over tree stumps and rocky streams. We were, at times, leopard crawling through thick foliage and stinging nettles, and negotiating moss bedecked, fallen trees and twisted vines to keep up with the procession – but we still felt fortunate to have found them and to be observing them so closely.

The second day was even more special! We climbed a different mountain and descended down slippery, muddy steep paths into the vegetation-covered base of an extinct volcano. We walked through a bamboo forest and right in the open we found a group of 30 gorillas, all foraging and playing around whilst a massive silverback sat erectly, munching through succulent roots and occasionally watching us with disinterest.

Our allotted hour swept past in a flash, but we were able to observe and capture some amazing images of the silverback and the family dynamics – the protective mothers tending to their young, energetic adolescents crash-chasing, somersaulting and wrestling each other, and playful, adorable infants venturing out cautiously in their new environment. 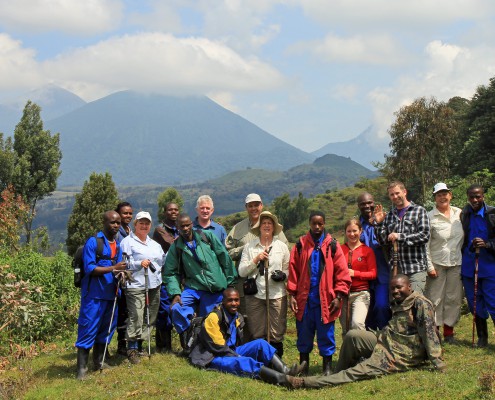 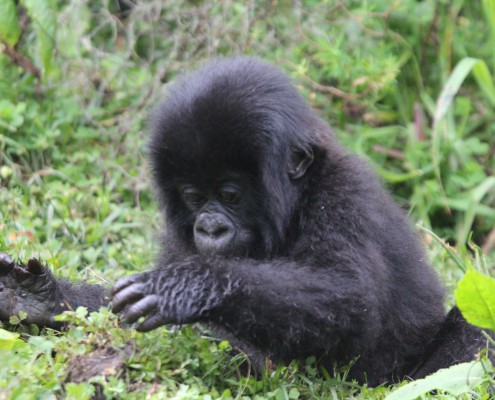 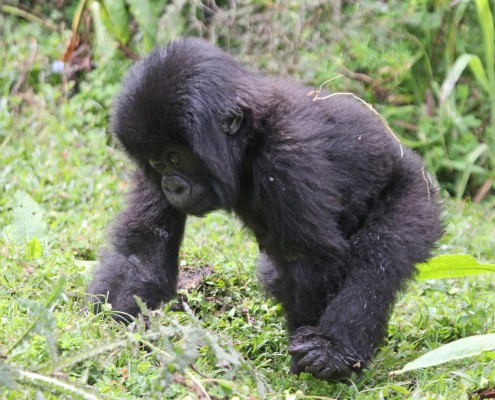 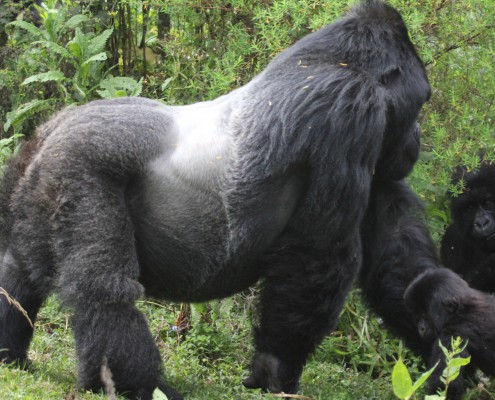 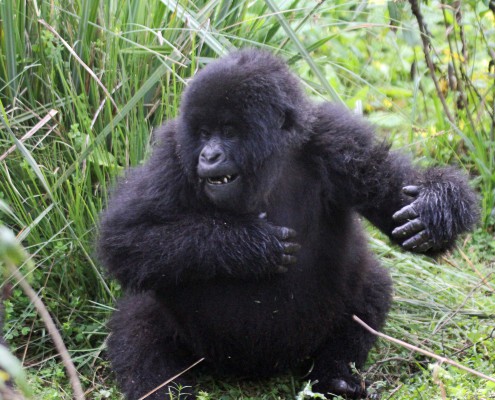 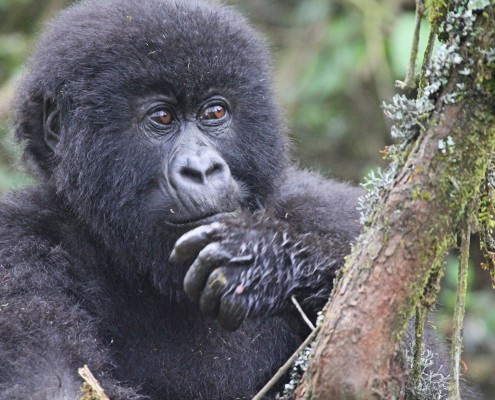 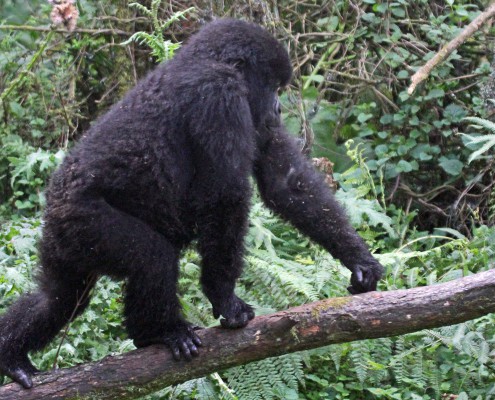 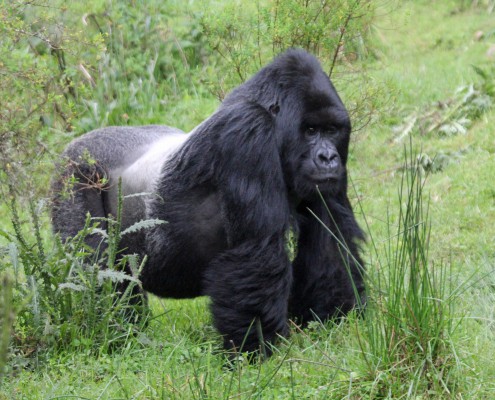 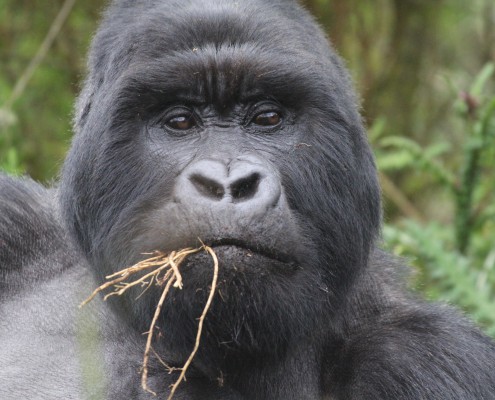 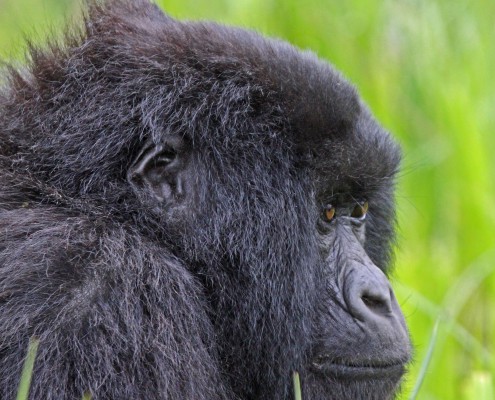 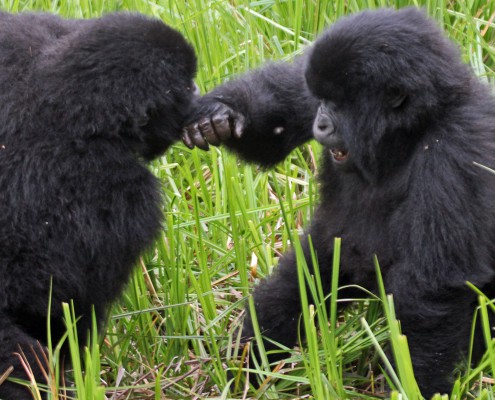